A veteran healthcare executive with more than 30 years of experience, Atchison joined UP Health System from Frye Regional Medical Center, another Duke LifePoint facility in Hickory, North Carolina. During his tenure there, he served in several leadership positions, including as chief operating officer (COO), vice president of business development, and market operations director for the hospital’s physician network, before assuming the role of CEO in 2016.

Prior to his time at Frye Medical Center, Atchison served as CEO of Hickory Orthopedic Center, PA, a multi-location orthopedic practice in Hickory, North Carolina. Before that, he was a practice administrator for Bay Street Orthopedics in Petoskey, Michigan, and financial operations manager for Northern Michigan Hospital, also in Petoskey.

Tonya is the Chief Operating Officer for UP Health System – Marquette. Tonya previously served in progressive leadership roles at UP Health System – Marquette before returning as COO in October 2021. Tonya is a proven leader with 25 years of experience in medical practice management and healthcare administration, successfully overseeing operations of complex clinical teams, budgets, and overall care for large volumes of patients.

Henrietta joined UP Health System – Marquette in May 2022 and is the Chief Financial Officer (CFO). She holds a Bachelor of Science in Business Administration from Concord University and is a Certified Public Accountant (CPA).

Her past professional affiliations include the American Institute of Certified Public Accountants (CPA) and the public steering committee for the Virginia Society CPAs. 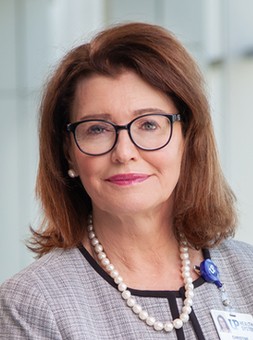 Christine is the Chief Nursing Officer for UP Health System – Marquette. Christine joined UP Health System in May 2021, bringing to the organization over 25 years of progressive leadership and management experience in nursing, patient services, and business operations in hospital settings large and small, urban and rural.

Christine has served as Chief Nursing Officer in both New York and Pennsylvania as well as Assistant Vice President of Nursing at Montefiore University Hospital in the Bronx, and Associate Nursing Officer at Upstate University Hospital Community Campus in Syracuse New York. Christine has also worked as a Heart Center Director and a Practice Administrator for a group of Cardiac surgeons.

Ashraf is the Associate Administrator at UP Health System – Marquette since February 2022. Ashraf joined UP Health System – Marquette from Clark Memorial Health, another LifePoint facility in Jeffersonville, Indiana. During his time there, he served as Administrative Resident, working closely with the executive team. He played an integral part in the analysis and execution of several facility-wide initiatives and gained valuable experience with strategy, operations, data analytics, and business development.