From its beginnings as St. Mary's Hospital, the "poor little hospital on Hancock Street," Portage Health has been providing quality healthcare for Keweenaw area residents for more than a century. The hospital has gone through many periods of growth in the last century in order to meet the community's healthcare needs. Below is a chronological history of the advancement of healthcare in the Western Upper Peninsula.

1896 - The first hospital in Portage Health's history, originally known as St. Mary's Hospital, was set up in Bishop John Vertin's family home. In his will, Bishop Vertin stipulated that his home should be used for such a purpose.

1904 - As the public and physicians regained confidence in St. Joseph's, the hospital outgrew its space. With the support of the community, the Sisters broke ground for the new St. Joseph's Hospital on Water Street in Hancock in 1903, and its construction was completed in 1904.

1924 - St. Joseph's became the first area hospital to achieve accreditation by the American College of Surgeons. It was one of 14 of Michigan's 22 hospitals to receive such accreditation.

1931 - St. Joseph's Hospital was expanded when a chapel and nurses residences were completed.

1949 - On August 25, the groundbreaking took place for the new St. Joseph's Hospital on Michigan Avenue. 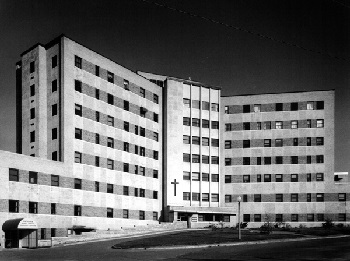 1952 - The old building was remodeled to accommodate the School of Nursing and renamed Ryan Hall.

1972 - The hospital's management began to change when the Sisters of St. Joseph of Carondelet began to incorporate lay people onto the hospital board. That year the name of the hospital also changed, to St. Joseph's Community Hospital.

1976 - Just four years later, the Sisters of St. Joseph of Carondelet transferred ownership of the hospital to the community and, once again, its name changed, to Portage View Hospital.

1982 - Several areas of the building were remodeled at a cost of $3 million. Work on the ER, CICU, Surgery and OB units was completed in August.

1991 - Remodeling continued and the fixed-base scanner was installed and the clinical laboratory was redone. 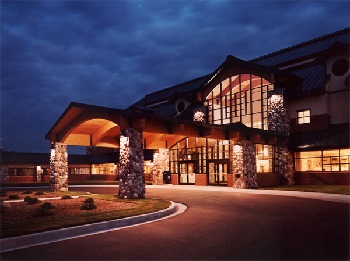 2000 - The new Portage Health medical campus opened its doors to patients on March 4. In addition to inpatient care facilities such as the Ambulatory Care Unit, Tepka Surgery Center, Family Birthing Center and 24-hour Emergency Department, the new medical campus houses the Portage Health Medical Group and Portage OB/GYN and Marquette Medical Clinic. These are complemented by an on-site pharmacy and a well-equipped and staffed diagnostics unit. The availability of physician clinics and diagnostic facilities under one roof creates a more pleasant healthcare experience for our patients. The fall of 2000 saw the opening of the Western U.P. Dialysis Center on the Portage Health campus.

2006 - A new era in elder care commenced in the Copper Country with the expansion of PortagePointe, Portage’s senior living community. The expansion at PortagePointe attaches three new homes to the existing PortagePointe and transforms it into five distinct homes — Delaware House, Franklin House, Medora House, Pewabic House and Winona House — with a capacity of 60 elders.

2014 - Portage Health along with Bell Hospital and Marquette General, a Duke LifePoint Hospital, announce that they will be uniting under one identity — UP Health System. Coming as a regional health system combines the experience and services of two historic community hospitals, Bell Hospital and Portage Health, with the tertiary care of MGH to provide exceptional healthcare and value to the UP community. Working together, the UP Health System will improve patient satisfaction and focus on delivering exceptional quality care in Michigan’s Upper Peninsula.