The Marquette area has a long history of providing health care for the citizens of Michigan's Upper Peninsula. By 1850, Marquette had the reputation of having "healthful air" for asthma, tuberculosis, and hay fever patients. Early hospitals were established in the homes of concerned citizens. Marquette General Hospital got its start as the Marquette City Hospital, organized in July 1896 by Dr's. Northrop, Foster, Youngquist, Harkin, and Hornbogen. It quickly outgrew its 12 bed facility on 152 E. Prospect Street, and moved to a site on Front Street where the public library now stands.

The 15 to 25-bed hospital was on a street car line to make patient transfers easier. A January 1, 1897 Marquette Mining Journal article boasted that the hospital "contains every convenience - hot and cold water, bathrooms, etc." However, it had no elevator and the superintendent, Mr. Frank Stolpe, had to carry patients up and down the stairs on his back. In June 1897, the hospital moved to 123 W. Ridge Street, and its name was changed to St. Luke's Hospital later that year. The hospital was named St. Luke's (quoting a newspaper of the time) because St. Luke was named by St. Paul "the beloved physician" and because he was a close observer of health and disease.

By 1907 it became apparent that the growing city needed a larger and more modern hospital. Funds were raised through private donations, hospital ticket sales, and benefit fundraiser's. The largest fundraiser was attended by more than 1500 people and was "the" social event of the decade. The Longyear family contributed the property on which the new hospital was built. The new St. Luke's Hospital opened in 1915 with a capacity of 50 to 60 beds. A local newspaper proclaimed it to be state-of-the-art for its day, including "the latest electronic elevator operated by a push button control" and "two bath and toilet rooms for each floor."

Many improvements and expansion projects followed over the years. In 1931 the Northern Michigan Children's Clinic was built adjacent to the hospital. Senator James Couzens had established a philanthropic trust to promote the health and welfare of children in Michigan, and several clinics were built throughout the state. The clinic brought specialty physicians to the area, and played an important role during the severe polio epidemics of the 1940's.

The James Couzens Memorial, or JCM Building, was constructed in 1938. An addition was built in 1956. Along with a renovation of the St. Luke's Building, this raised the hospital's capacity to 186 beds. The hospital's first Intensive Care and Coronary Care units were in this building. Several departments now have their offices in the JCM Building.

Another expansion project occurred in 1969. This included a new physical plant, Obstetrics Unit, and a five-floor patient care building. A generous grant from the Mott Foundation allowed a Pediatric Unit to be included in the construction. 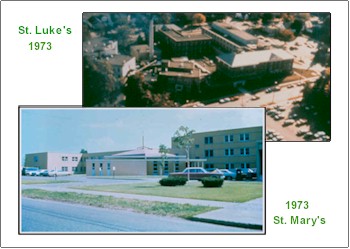 In 1973 St. Luke's merged with Marquette's other hospital, St. Mary's, to become Marquette General Hospital. This eliminated duplication of practices and allowed the upgrading of the community's medical services. Ownership of St. Mary's was eventually transferred to the State of Michigan. The building was extensively renovated and today serves as the D.J. Jacobetti Home for Veterans.

The 81 addition, or South Tower, was the centerpiece of a major renovation and expansion project started in 1979. The eight story structure was designed to hold 194 patient beds, and included a new Emergency Department, Laboratory, and Operating Room suites. 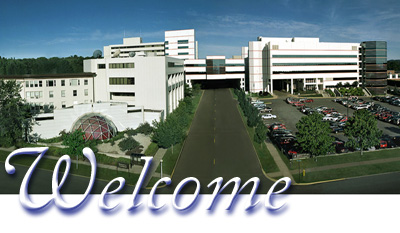 In 2000, Marquette General Hospital opened the Bridge Building with ICU on the 4th floor. The Upper Michigan Neuroscience Center occupies the third floor.

In 2005 a new Emergency Department and Level II Trauma Center, with computerized patient charting and the only hyperbaric chamber north of Milwaukee, were added.

UP Health System - Marquette is not all buildings and equipment, though. We live in a unique area with a distinctively active and outdoors oriented population. Camping, skiing, hiking, and fishing are all just minutes from the hospital's door. UPHSM is proud of its long history in Michigan's Upper Peninsula. We will continue to develop our services to meet the changing needs of our citizens, and to complement the many community hospitals by providing regional services.